The event for the whole family on Landgoed Velder in Liempde. A beautiful outdoor event in the woods of the Groene Woud.

On 24, 25 and 26 September 2021, it was finally possible again: for three days, under a bright sunshine, you could enjoy everything that has to do with hunting and the outdoors.
The Vlaamse Boogjacht Vereniging (VBV; Flemish Bowhunting Association FBA vzw) could not be absent. Although bowhunting is not yet permitted in the Netherlands, interest in this exceptional method of game management is also growing. We noticed this by the growing number of interested people and the many initiations we were able to give there.

The initiation consisted of learning to shoot with a compound hunting bow. This is an ultra-modern and very accurate bow that was specially developed for hunting. First, we determine which is the dominant eye of the aspiring bow hunter. This is because, as with the shotgun, the eye dominance plays an important role in the choice of a right or left-handed hunting bow. A short training, and ten minutes later you could already shoot successfully at the various 3D targets (life-sized rubber animals) that had been set out. We took our time and of course provided a safe environment. 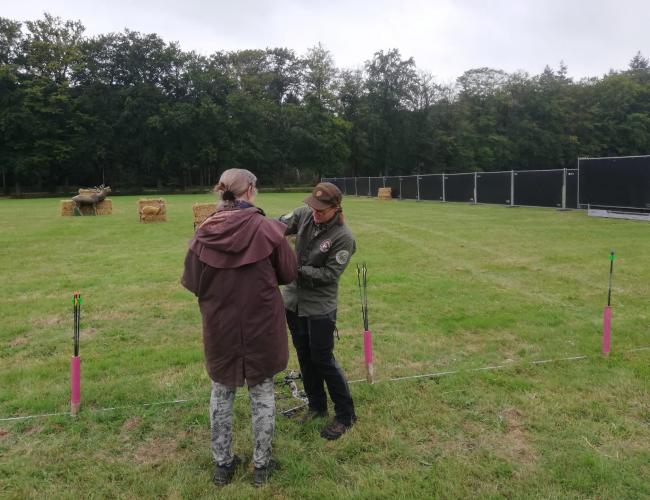 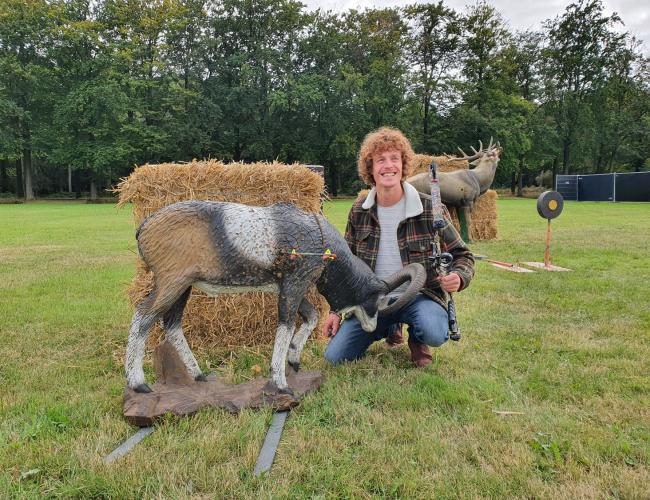 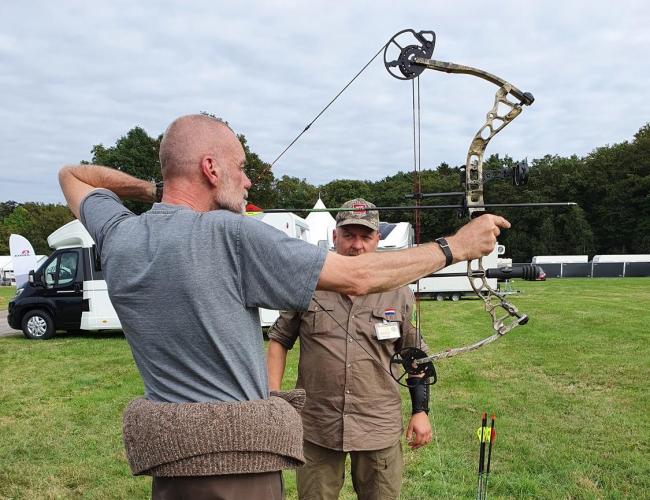 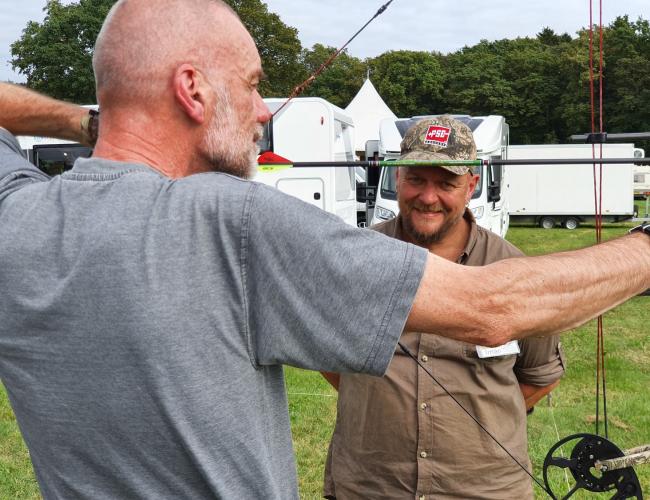 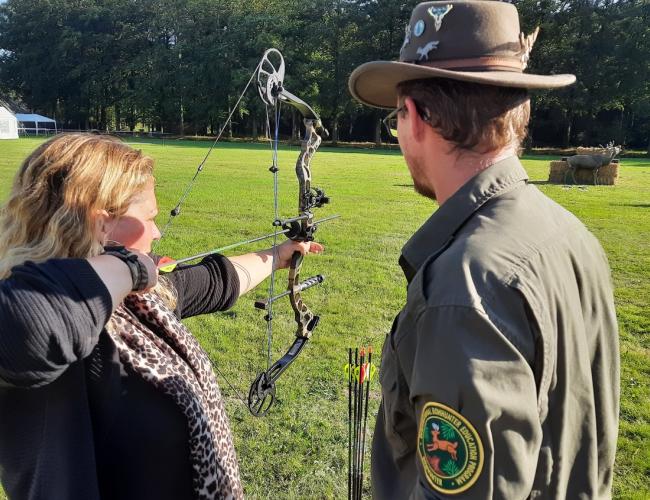 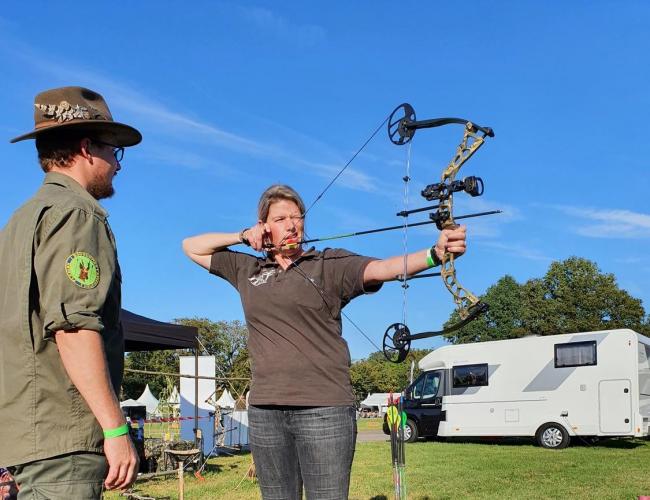 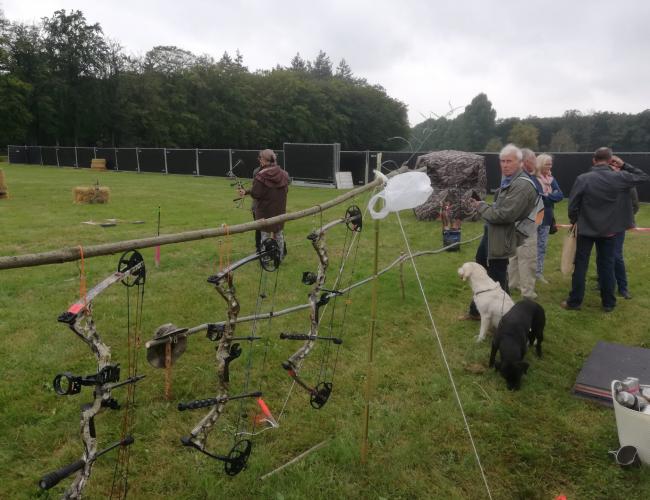 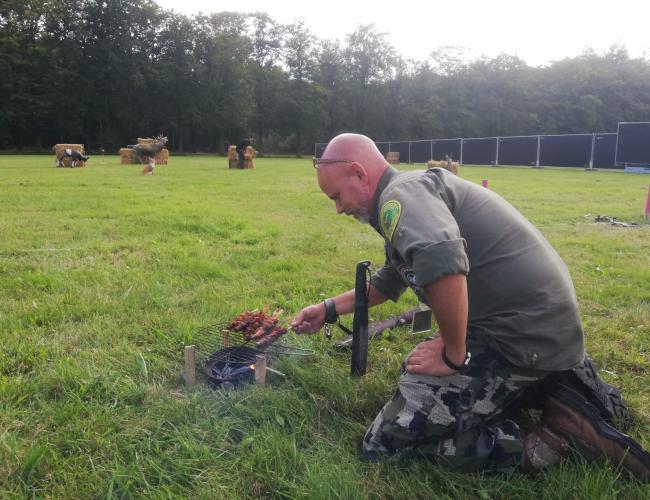 We noticed that the level of participants at this fair was very high and we saw a lot of promising talent pass by. This is not illogical, because those who have experience with the carbine are very quick with the sight on the hunting bow and the use of the finger release. The super accurate shots of the aspiring bow hunters were a clear proof of this. 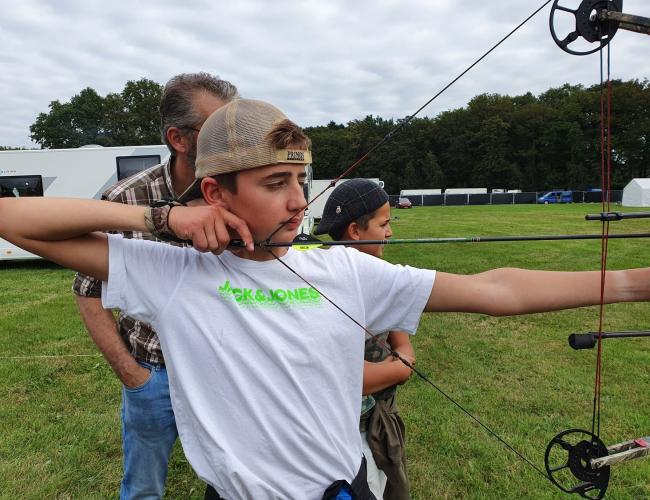 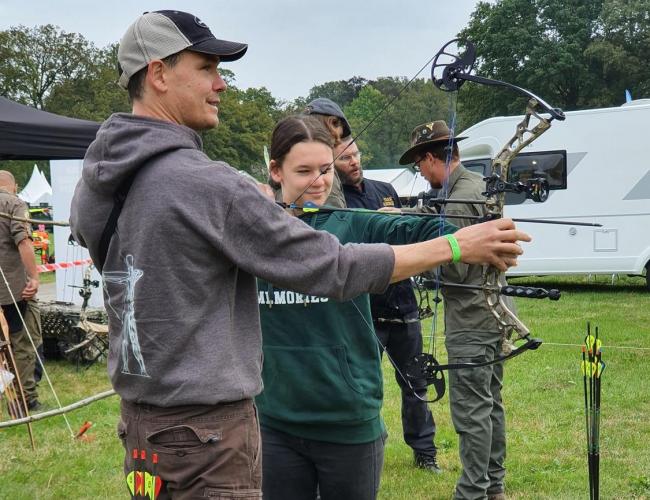 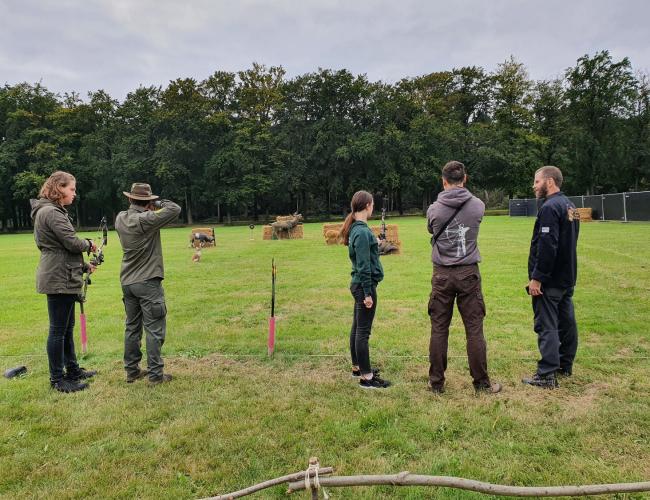 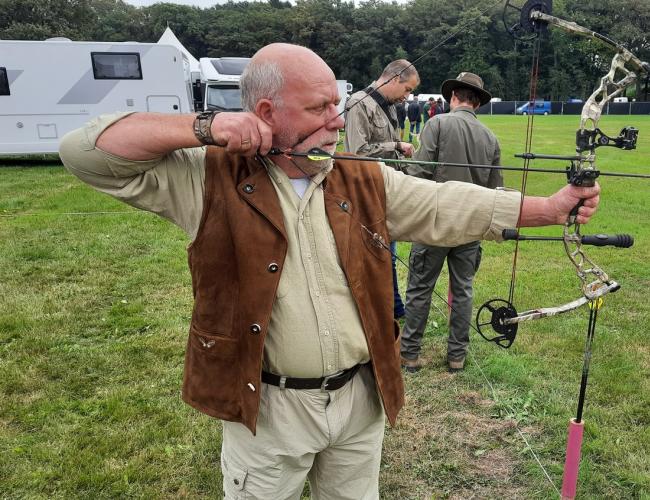 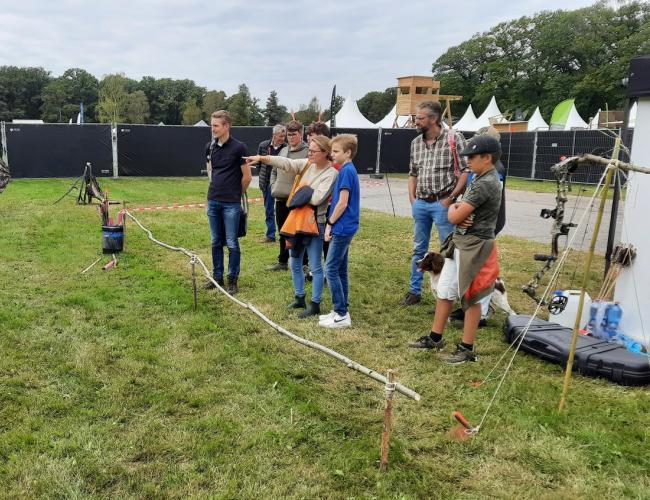 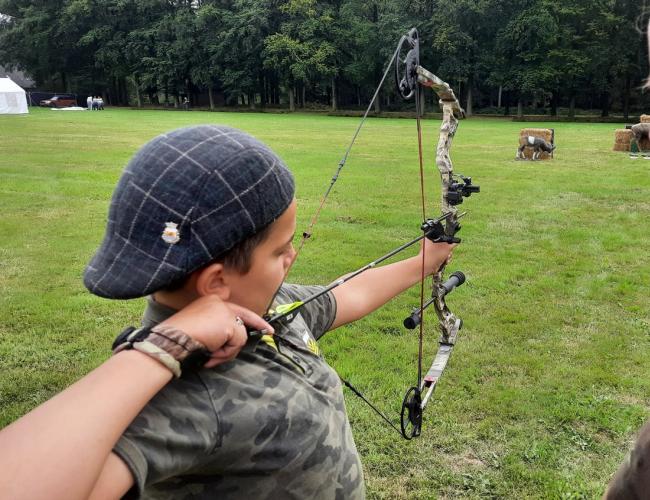 In recent years, we have seen a strong increase in the number of Dutch members of the FBA; a very positive evolution. Hopefully this trend will continue in the coming years. In this way we are gradually building a support base for bow hunting in Belgium and the Netherlands. Because just as in Belgium and other Western European countries, the hunting bow would be a useful addition for the Netherlands, which could be used as an additional hunting tool.

We thank the organisation for giving us the opportunity to show bowhunting to the visitors of the fair this year and look forward to next year!